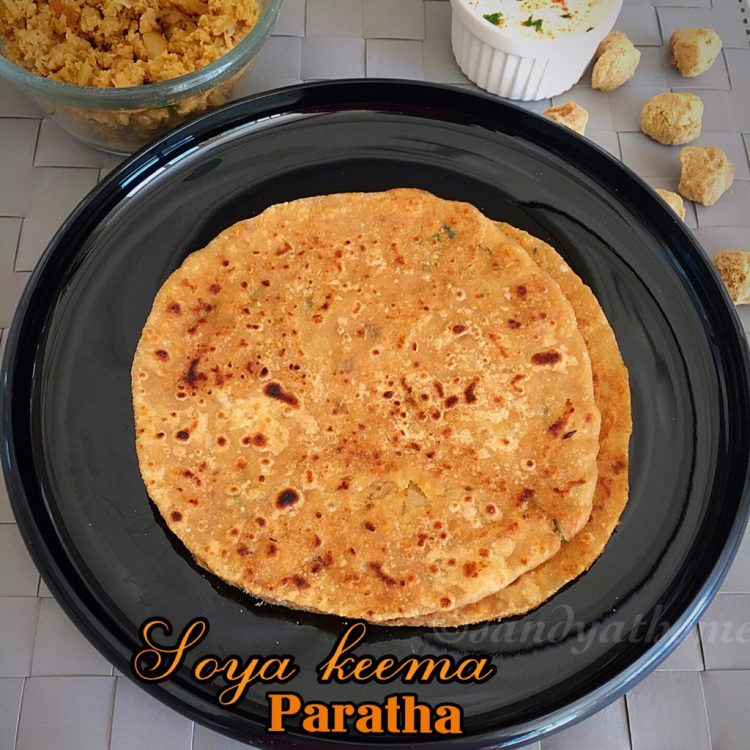 Soya keema paratha is a healthy, spicy and tasty stuffed flatbread prepared by stuffing soya keema in wheat flour dough, then flattened and cooked on tava. Soya keema is made by tossing minced soya in spicy onion mixture, which is the key factor in yielding these delicious parartha. Soya keema paratha is easy to make and tastes best when served with raita. This recipe involves making of dough (outer layer) and soya keema (stuffing). Below is the detailed description with images which makes it look little longer, but is actually easy to make. So lets quickly get to the making!

How to make soya keema paratha with step by step images