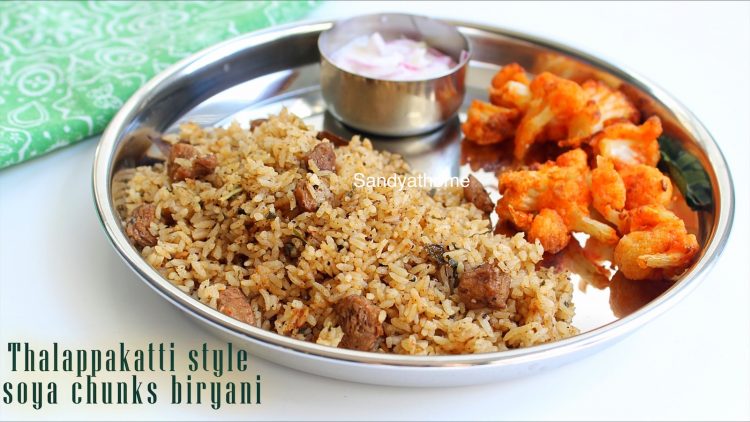 Thalappakatti style soya chunks biryani/ Thalappakatti veg biryani is a vegetarian version of the popular dindugul thalappakati biryani known for their unique style seeraga samba chicken and mutton biryani loaded with spices. In this recipe I have replaced chicken with soya chunks which has equal amount of protein just like chicken and is also a best replacement for meat that vegetarians can relish. I made this biryani during the initial stages of lockdown as we couldn’t get meat/ were little concerned about getting meat/things from outside, so managed with things that I had at home, like homegrown mint cilantro and chili. This Thalappakatti veg biryani recipe was a handy, tummy filling and most importantly delicious one that any meat lover would love to try. Since I dint have much veggies at home during initial lockdown tried making with soya chunks that I had at home but the restaurant serves plain/ veg biryani in the chicken/ mutton version that is something I need try my hands on. 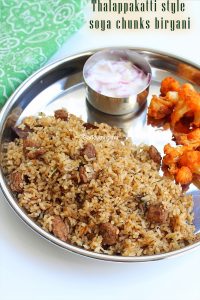 You can try making the same recipe with mushroom/keep it plain and serve with some boiled eggs as well and it will taste yum. This recipe requires a lot if grinding and little patience to get the base masala right but trust me the wait will be worth. I served this biryani with gobi 65 and onion raitha. I have posted an interesting recipe as well with it gobi 65 rice. I made this Thalappakatti veg biryani in pressure cooker dum method but you can make the same recipe in dum style in pan / pressure cooker method with whistle on. I have explained in detail about all in the description. Thalappakatti veg biryani recipe has an important ingredient called dhagad phool/ kalpasi/ stone flower which is a game changer in the biryani so do not attempt this recipe without it as the whole flavor of the biryani will be lost, also use only seeraga samba rice for this biryani as this biryani stands unique with that. I am not claiming that this biryani is authentic/ original one but surely can say a little close to its taste, well we don’t their recipe for sure. So passing on some flavors from kitchen to yours and let me know your feedback. So let’s get to the making of Thalappakatti veg biryani! 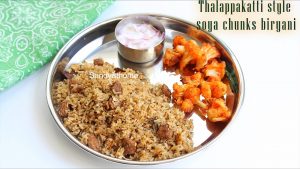 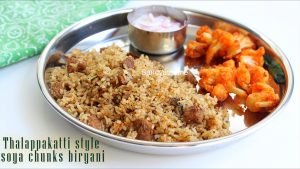