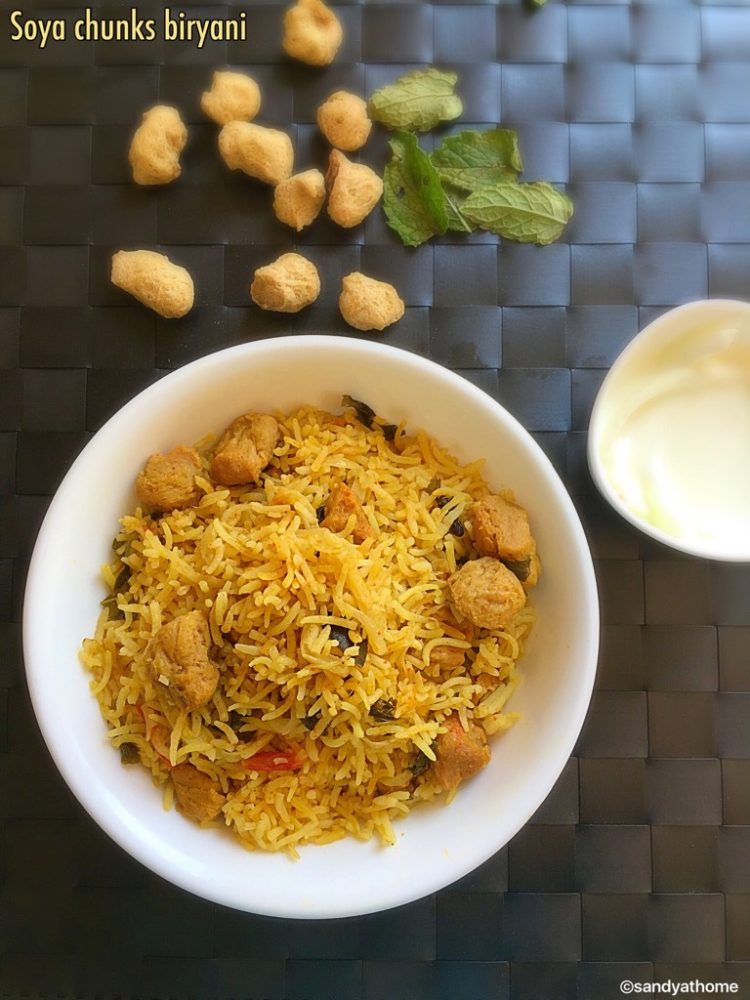 Soya chunk is a vegetable protein commonly used in vegetarian dishes to replace meat. It is called in different names like soya chunk, soya meat, soya nugget and meal maker. Soya chunk biryani is one such aromatic and flavorful recipe which my mom used to cook for us and I am a big of it from childhood. It is simple to make and tasty as well. This recipe requires no pre preparation and tastes best with onion raita. So lets get to the making! How to make soya biryani with step by step images