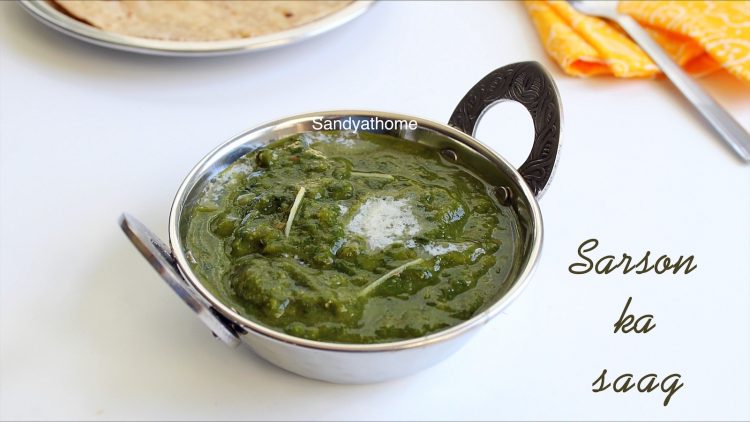 Sarson ka saag/ Sarson da saag is delicious and authentic Punjabi dish prepared with greens and served with Indian flatbread prepared with maize flour. This dish is prepared primarily with mustard leaves/ sarson but to balance its bitterness and to elevate the taste greens like methi/ fenugreek leaves, bathua leaves, spinach/ palak and sometimes radish leaves are used. So all the greens have their proportions in the recipe which plays key role in the taste of the dish. So here in my recipe I have used 1 portion of mustard leaves and half portion of other greens as we all are used to the taste of mustard leaves, but if you are trying out recipes with sarson/ mustard leaves for the first time you can try adding equal portions of spinach/ palak leaves and mustard leaves to balance the bitterness and taste. 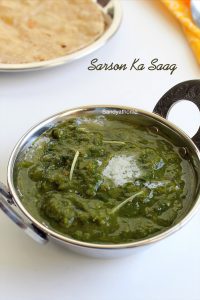 I could not get hold of bathua leaves during this lockdown do skipped that, but still it tasted great. Something important I am missing about the recipe. So other than the greens we have some radish pieces going into the dish for taste along with some maize flour for thickness and taste. So don’t skip any of this as it adds to the taste.

Now coming to the color part in the dish, as you can see in the picture this dish has this vibrant green color just retained from the greens as the dish talks much with its appearance and stands out for it as well. So I retained the color by cooking the greens in open pot by adding the greens in boiling water. Some of friends suggested pressure cooking it when they gave the recipe but I refused it and adopted the same boiling method which I do for Palak paneer. Also I dint blend the cooked greens in mixie/ blender instead used the traditional hand churner (comes in wood) to get that texture. So don’t miss on that part as well. This recipe tastes great when cooked in desi ghee and often served with a dollop of butter. This dish goes well with regular roti as well. Finally thanks to our dhaba restaurant near us who made us so addicted to this dish and missed eating there so tried making it at home during this lockdown. Hope you guys will like it too. So let’s get to the making! 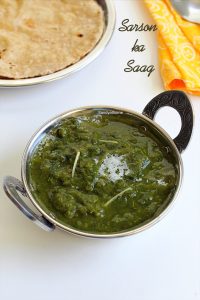 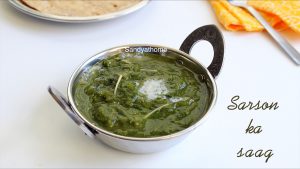 How to make Sarson ka saag with step by step images 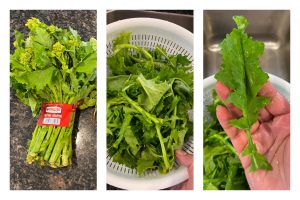