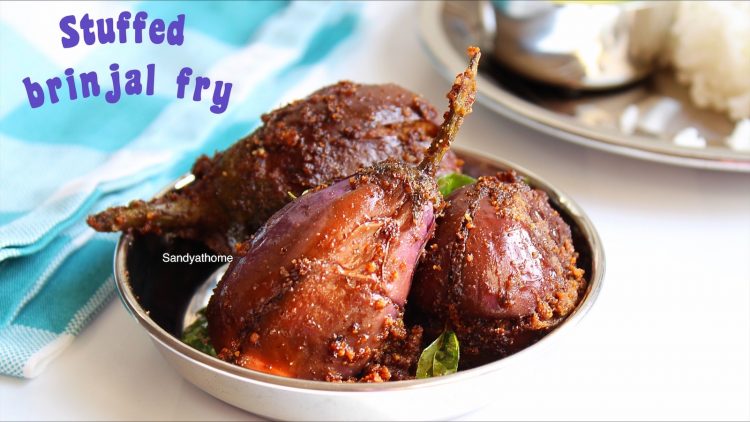 Gutti vankaya/ Stuffed brinjal is a very popular dish hailing from Andhra Pradesh. This is made by stuffing brinjal/eggplant with spicy dal powder and cooked in oil without adding water which makes it stand out among other dishes. This can be used as side accompany or can be mixed in hot rice with ghee drizzled on it. So let’s get to the grinding and stuffing! 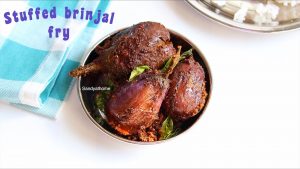 How to make Gutti vankaya with step by step images